Our complete road trip itinerary in New Zealand included the whole Southern island and Northern island, except an area above the Auckland, due to the lack of time. In this blog post, I’m sharing tips which we have learned on our one-month road trip around New Zealand and believe will help you on your travel.

Interested in a specific part of New Zealand? Click on the portion of the map which interests you, and read more about it. 🙂 welcome! 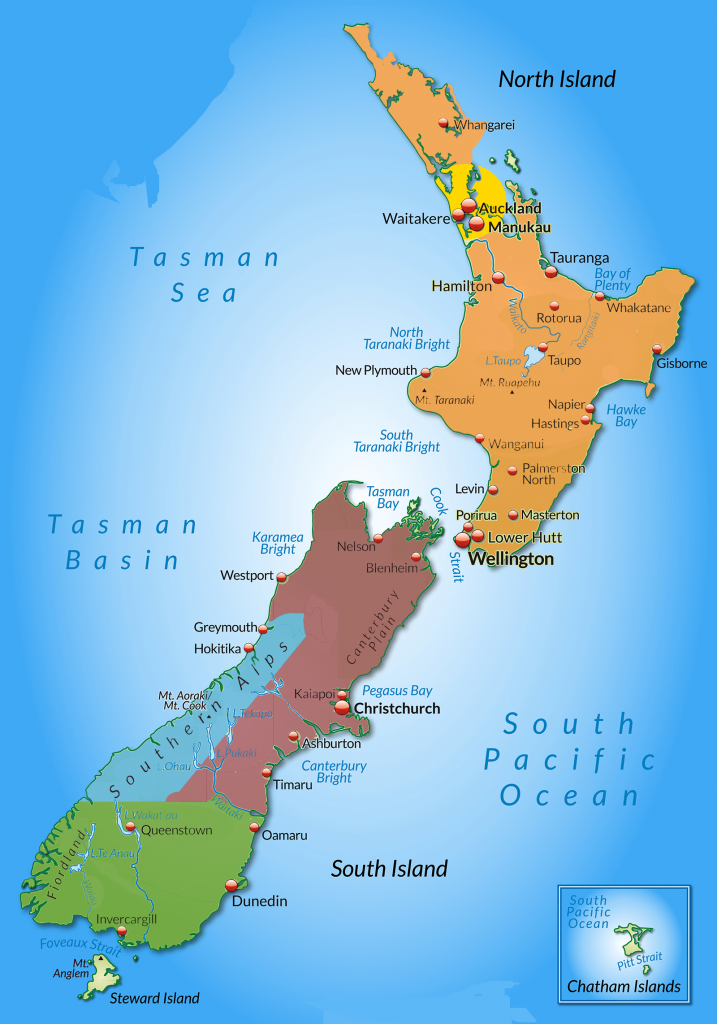 Anyway, a few interesting things about New Zealand: the land on which New Zealand resides is considered to be a microcontinent, even though according to the recent research, it should have all of the properties of a continent as such, a large part of which is submerged in the water.

The country’s capital is Wellington, and not Auckland like one may think – despite Auckland being the largest city, a few times larger than Wellington. Why this came so? Well, Auckland used to be a capital until sometime in the 1800s, but since there was more gold on the South Island, there were also more inhabitants back then. So they decided to move the capital closer to the South Island geographically – and so Wellington was picked as a new capital.

Today, South Island is less inhabited and less developed than the North Island, and there can still be found very interesting towns, like Reefton, that are still of roughly the same dimensions, and composed largely of the same buildings, as they were in the times of intensive gold digging. The North took over in terms of population, with the country’s by far largest city, Auckland. 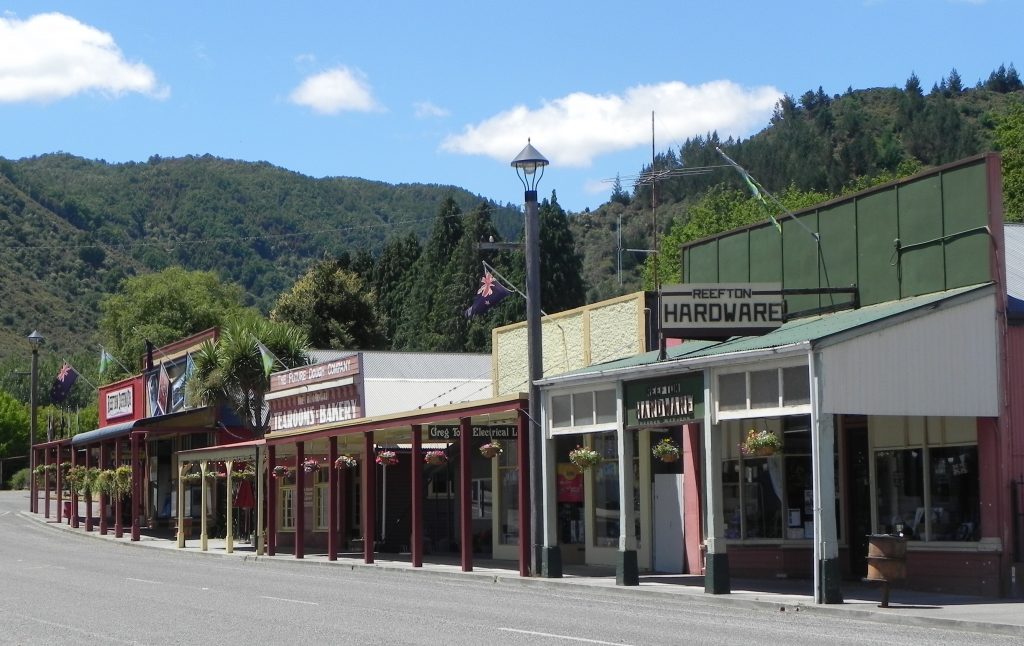 General tips for the road trip travelers around New Zealand

A popular way to travel New Zealand is with a camper van. To do so, you may want to take a bare minimum of 1 month, which means a lot of hurrying from place to place – even if you are not visiting things which are not important to you! We focused on hikes and natural interesting things, and it often felt like a complete rush – with hikes, sandwiched in 2-hour drives, and searching for places to sleep.

The costs will vary on how luxuriously you will take the trip, but in general New Zealand is a developed, and therefore quite an expensive country.

Gasoline prices are generally lower on the Northern Island, and in the time of our visit varied between roughly 195 cents and 213 cents per liter. You may get a card for discounts on the petrol stations in shops (for example Countdown’s card works with BP and some other petrol stations, and Mobil has an own discount card). We used Mobil’s discount card, as Mobil gave it to us without any obligation and without even registering anywhere. With Countdown’s card, which we used in Countdown supermarket without any registration, we would need to register to get cheaper petrol.

Also, a chain of supermarkets called New World has a paper card for tourists that you can get without giving them any data – and reap the cheaper “club” prices of some articles.

As far as filling your car with gasoline goes, you may want to do it on more frequent roads and close to the cities, not so much in the remote and touristic places – as there, the prices are higher.

If you need data, like we did, your best bet is to go with the local SIM card there. The 2 largest operators that offer SIM cards for travelers, starting at roughly 50 NZD (for 3 GB of data with Vodafone), are Vodafone and Spark. We went with Vodafone, but probably we did not make the best pick – Vodafone has it’s own network which is not bad, but is more recent entrant to the New Zealand telco market, while Spark is actually the former New Zealand Telecom’s cellular network, which in some areas certainly had a better coverage than our Vodafone. Also, Spark offered a better deal, so despite our generally good experience with Vodafone, I may suggest you to go with Spark – better price and better coverage. Not sure if there are any hooks, though. There were none with Vodafone.
In general, the coverage throughout the country is patchy, especially in the non-inhabited places, which there are many. You may easily camp without any connectivity. But as soon as you are in a small town, there will be connectivity – no worries about that!

As far as it goes with picking the camps, our definitely winning and the life-saving app was CamperMate. You may download all of the camps to your phone already prior to going to New Zealand, so it works without connectivity there, not to eat your data. It has a database of both private and DOC camps. Private camps are commercial campings like you probably know from your country. DOC camps are “Department of Conservation” camps which are usually placed in very scenic settings, on good locations (by the lakes, rivers, under the mountains), with basic facilities (eg. toilets, but not much more), and priced very reasonably – from 0, through 8 to 13 NZD in most cases at the time of our visit.

You may wish to combine visits of the DOC camps with the private camps to get showers, wash clothes, and so on. We did that, it worked great. 🙂

One interesting thing we noticed on our travel between the 2 islands was that around the New Year, the ferry quickly became fully booked. So we advise you to book it a month or so in advance if you want better prices – or a ferry at all. With Interislander, you don’t need to know the registration number of your vehicle when booking.

Here is also a list of our articles about New Zealand: