Question answered: How to get from Colombo to Arugam Bay, Sri Lanka?

Despite the fact that the distance between Colombo and Arugam Bay is around 300 km, the ride with a car or bus is going to take between 8 and 9 hours.

Renting a car is not something you do on Sri Lanka, first because there are not so many, and second because the traffic is really indian-style chaotic. That being said, the normal rules normally don’t apply, but the larger the vehicle, the higher the priority it has – with the bus being the king of the road.

The bus is the best option time-wise, but be prepared for the facts that: (1) they were built for smaller population, so they won’t be really comfortable if you’re a bit bigger, (2) even on the night bus (the one we took), there may be all of the time extremely loud Indian Bollywood music, and people standing in the middle of the bus, so forget sleep, (3) the buses are built the way they used to be built in Europe some 50 years ago, so they are not at all comfortable (again: don’t expect to sleep there), (4) being the “king of the road” there, they usually drive like crazy, and (5) if you travel with the surfboards or luggage, you will need to pay some (negotiable) amount of extra money to the bus drive.

Despite all that, the bus is probably the best cheap option between Colombo and Arugam Bay.


When in the main bus station of Colombo, you will probably be lost – there is no driving orders, etc. – but many people do speak English. Ask for the bus to your destination one of the bus drivers, or if you manage to find the people working at the station, ask them (they are in a little room on the station). They will help you find the bus. On the other hand, the tuk-tuk drivers will usually try to drive you somewhere, even if not necessary, to earn some money on you – so don’t rely on their information. Ask the people who work on the station if you can find them, or if not, ask the bus drivers.

If you want a comfortable ride, then taxi or a van is the best option. You can get those from the airport, and you will 100% be approached by a few of the drivers who will offer you a taxi ride across the island. You can bargain the prices down to $120 for the ride from Colombo to Arugam Bay.

Colombo to Arugam Bay with the tuk-tuk is a complete overkill. However, tuk-tuk is a perfect way to travel up to 10 kilometers or so on Sri Lanka. A hint: you can bargain most of the prices to 50% of what they try to charge you for the first time.

Again, going from Colombo to Arugam Bay with a scooter is not possible, or is a seriously hard mission. But at the same time, scooter is one of the best ways to explore Sri Lanka and it’s surf spots, because rentig a scooter is normally way cheaper than buying a ride with tuktuk – the scooters can start at around 700 rupees per day, and you can drive wherever you want to. 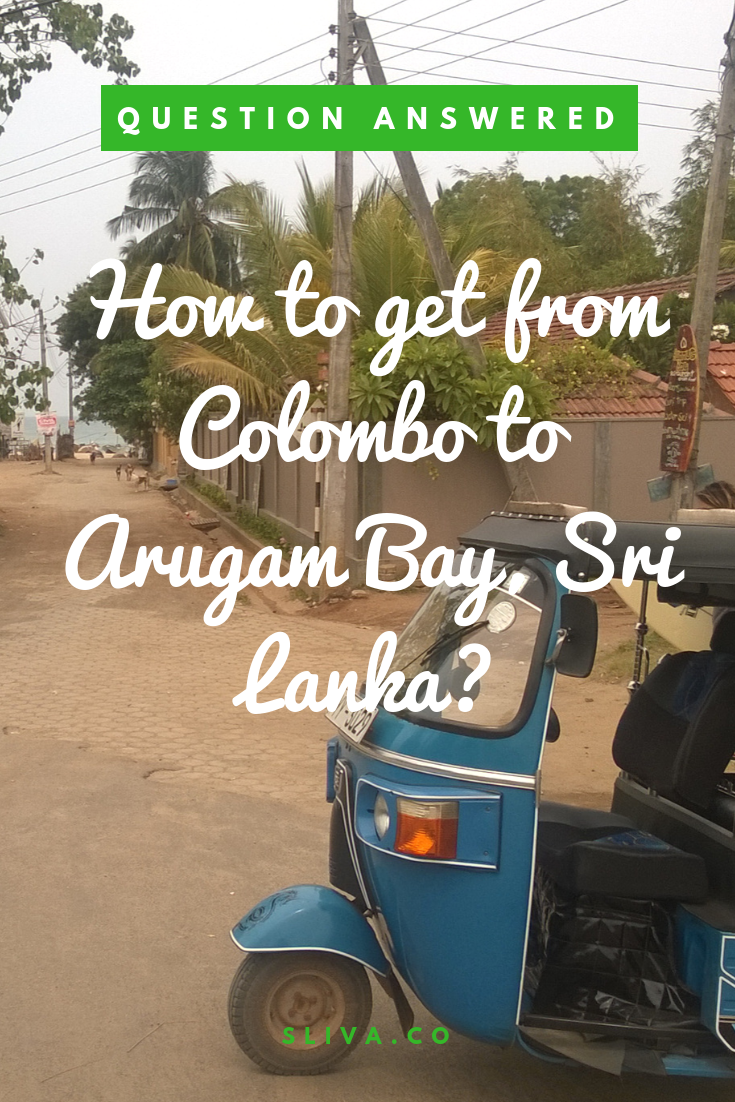 16 thoughts on “Question answered: How to get from Colombo to Arugam Bay, Sri Lanka?”