When we were traveling around Peru, we traveled with Cruz del Sur bus company twice. The first time we took a day bus from Cusco to Puno, while for the 2nd time we decided for a night bus when traveling from Puno to Arequipa.

What we can say is that during the trip on board Cruz del Sur bus, we felt perfectly safe, even though the bus was passing through some poor cities which obviously could be dangerous if we were not sitting on the bus. 🙂

The bus has windows through which it’s impossible to see from the outside. The luggage can be left in the below compartment and picked at the end of the trip only with a ticket, which is received when you leave the luggage at the beginning of the trip. Every passenger is videotaped and checked by security for the presence of any sharp objects (like a knife), and there is a cabin crew on the bus to serve your needs. The bus goes directly from the departure to the final destination – the only exception is a short stop when the drivers change for example, but people are not hopping on and off the bus.

The seats are comfortable and can be leaned back to sleep. There is plenty of leg space, more than you get on the ordinary bus. Both of our trips took around 6 hours and halfway on the trip, we even got a small meal. You can pick: regular or vegetarian.

Each of the chairs is also equipped with a small LCD screen where you can watch movies or read books. Like on an airplane (felt too good for a bus for us). Sitting in the 2nd floor, the ride is comfortable to a level that you can even read on large part, which is something I usually find hard to do on the buses. However, not all the time it’s possible to read, as the roads in Peru are not always in the best state.

In the night, it’s possible to lean back the seats and sleep on the bus. We also received blankets, a small dinner and in the morning a small “breakfast”. However, due to the nature of the roads on which the bus traveled, there were sometimes too many bumps and holes for a comfortable sleep – but it’s definitely possible to sleep for the whole way unless you are very sensitive. The bus itself is, however, very well suspended and very comfortable. We arrived to Arequipa very early in the morning (like 5 am) and since the hostel check-in was at 11, we actually wished that the bus ride would take longer (anyway, the hostel folks were so kind to let us in at 6am anyway :)).

So all in all, for a daily trip or trip during the night, I can recommend Cruz del Sur for a safe and pleasant passage between the cities for a good price compared to train and plane, which offer a similar level of comfort. 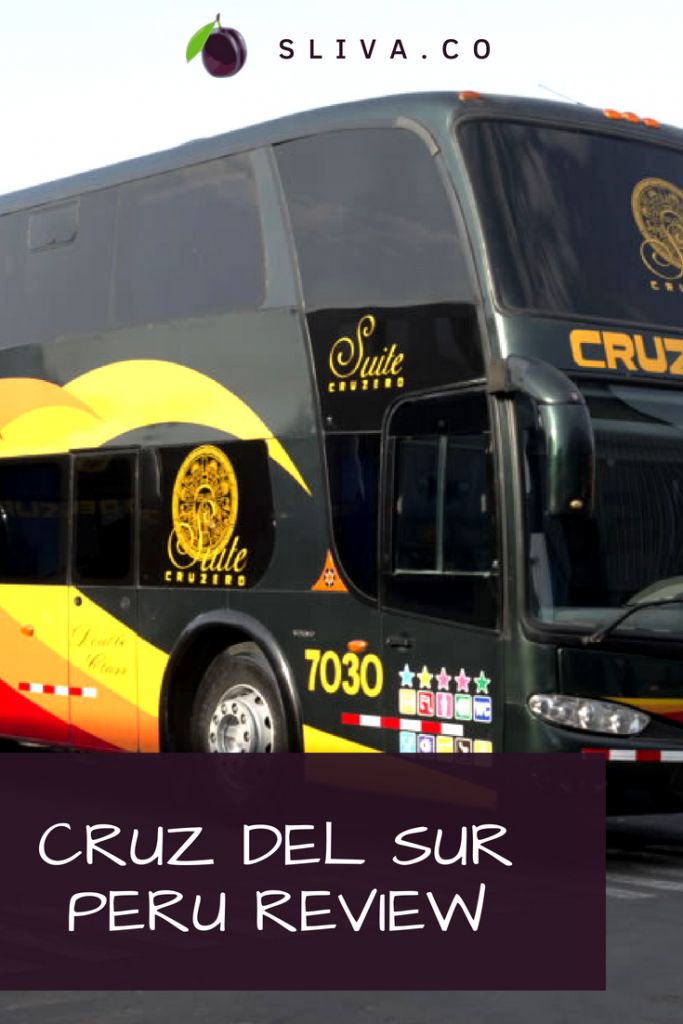